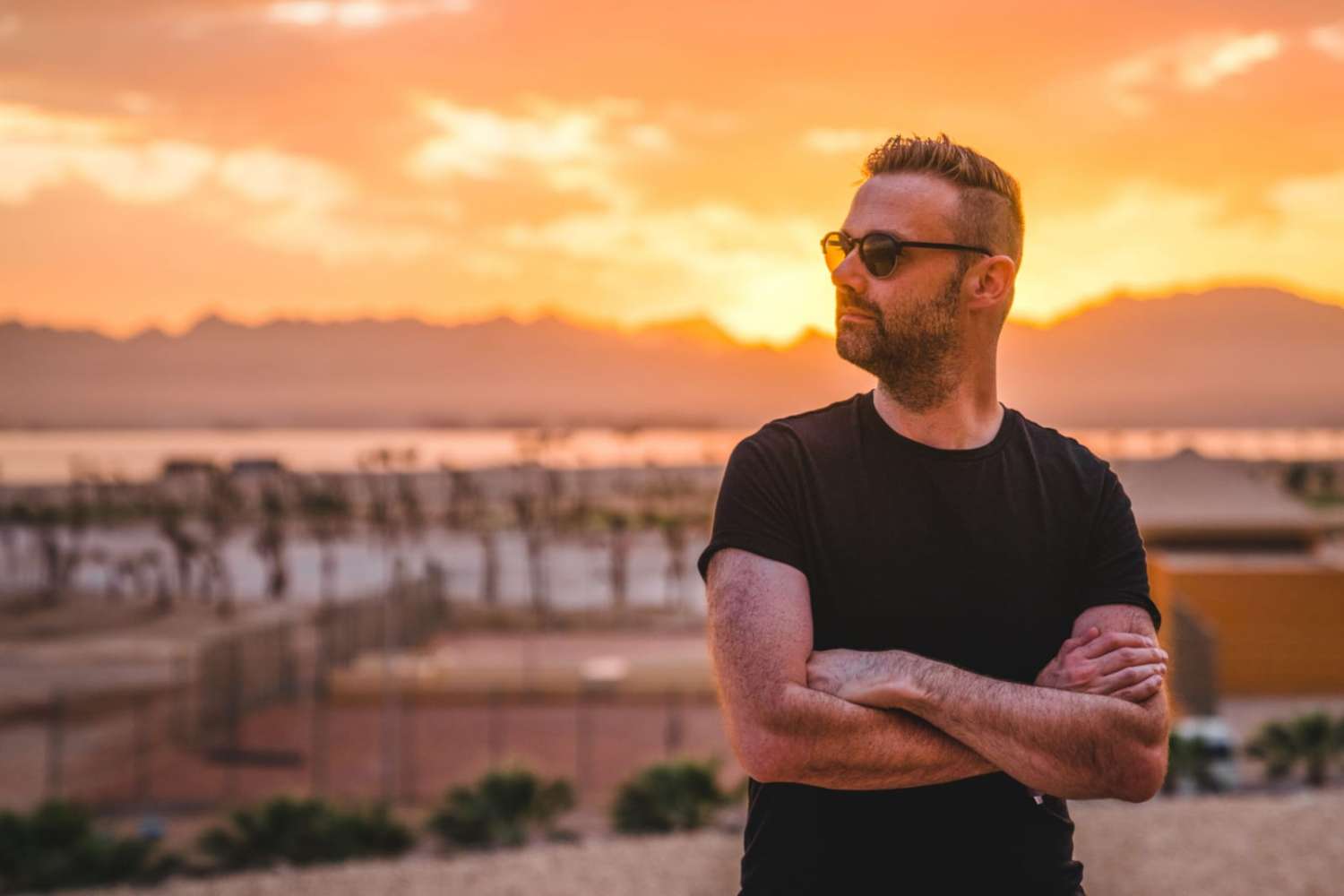 • Hello, Paul Thomas, it is a pleasure to interview you! We love your music so much.

Thanks very much, appreciate the kind words and support!

• When did you start playing and producing music?

Around 2003 – 2004. Funkagenda is one of my oldest friends and we used to work in a record shop together in our hometown of Birmingham. He’s been making music since he was a little kid so I used to go round to his place after we’d finished work and I would be in awe at his skills in the studio. That’s where all my early works were made.

• How did the idea to found UV come about?

I bumped into Aly & Fila backstage at a festival in India in 2017. They told me they loved the progressive stuff I was making and they wanted to launch a label for that music, so I thought it was something amazing to be involved with. And that was it, we launched the label with our UV collaboration a few months later.

• The label is reaching 150 releases. A spectacular brand that highlights the importance of the musical style offered. What does this expressive evolution of the label mean to you?

It means an awful lot as I feel like it is a true reflection of me as an artist too. I think the music we’ve released has naturally swayed through different styles and vibes and that just follows what I do as an artist.

• How is your routine at the label?

It’s a hugely time-consuming job when it comes to routine. A&R, contracts, sourcing remixes, coming up with concepts, the events (which obviously aren’t happening at the moment), publishing, premieres, promo & media support, liaising with the different digital platforms, social media etc etc, the radio show, my own productions and remixes for the label, compilations… the list goes on and on. It’s quite regimental to make sure everything is covered, and the only way to do it all is to be organized!

• You receive many works to evaluate. What are the necessary requirements for an artist to have their track released on UV?

• How do you manage your time between your label, productions and family?

It’s quite difficult juggling everything to be honest! But we have a good team at FSOE, everyone who’s with us now works so hard. It’s not your usual 9 til 5 job. I work a lot on weekends, late nights, early mornings. But that’s what we do to be successful

• From the 150 tracks released so far, which ones have received the most praise and feedback from listeners?

I think most of the music we’ve put out has had positive reactions from artists and fans. It’s hard to pick out anything in particular.

• What is the favorite production from yourself?

• What reasons give you strength to continue your dream as a musician? Friends? Family? Fans? Energy?

Family and the fans. I think unless you have the support of both, it’s very difficult to be successful. My kids and girlfriend drive me to successful so I am thankful I have their backing. And I feel more and more than I have an obligation to deliver to the best of my abilities to the fans that support me.

• Here in Brazil you have many fans. Have you ever been to South America? And sure Brazil?

I have been to Brazil, but not for a long time. It was back when I was making music on Toolroom, so I guess it’s been at least 10 years since I was last there. But it’s good to know I have a fan base there, the people are wonderful and I hope I can come and play once the pandemic is over.

Over the past 2 years, Paul has become synonymous with cutting edge progressive house and melodic techno. Artists from all over the melodic spectrum, from Sasha & Solomun to Guy J & Camelphat, have been firm supporters of the movement Paul and his brand, UV, is making, and this is only the beginning.

Paul’s big break was landing a residency at Birmingham’s Godskitchen and their globally-syndicated GlobalGathering festival a decade back; a dream foundation for any aspiring DJ to build their career on. From here on his destiny as a DJ was inevitable, with global tours and critically-acclaimed compilations for the brand and for Toolroom Records all soon in the bag.

Fast forward to the summer of 2017, when Paul launched UV; a record label, events brand and radio show all rolled into 1. UV has gone on to become the 3rd best selling progressive house label on Beatport, held sell out events in London, Miami, Los Angeles, Kuala Lumpur & Amsterdam in the 2019, and the radio show audience has quadrupled in the last 12 months. The ethos behind the brand is simple; UV has to deliver an enlightening experience that is refreshingly unique and always forward-thinking.

Paul’s own releases have been some of the most talked about tracks in his spectrum this year. He is in the top 5 best selling artists in his genre in 2019, alongside fellow heavyweights Camelphat, Guy J & Cristoph. ‘Allegro’, ‘Vyote’ & ‘Solace’ were all released in 2019 and all reached the Beatport top 3 chart. A cross-genre range of support from the likes of Camelphat, Above & Beyond, Guy J, Hernan Cattaneo, Sasha & Armin Van Buuren has seen Paul’s profile rise dramatically as fan bases from all corners become drawn to Paul’s often genre-defying sound.

This huge support has reflected in Paul’s diary in 2019. This year alone will see Paul perform at major festivals such as Tomorrowland, Creamfields, EDC’s Dreamstate, A State Of Trance & Heracleion amongst others. But it’s not just the large-scale shows which drives his focus. Paul is more at home in the smaller capacity venues, forging a special musical journey across 4, 5, 6 hours, a concept which his UV brand encapsulates in special venues around the world. 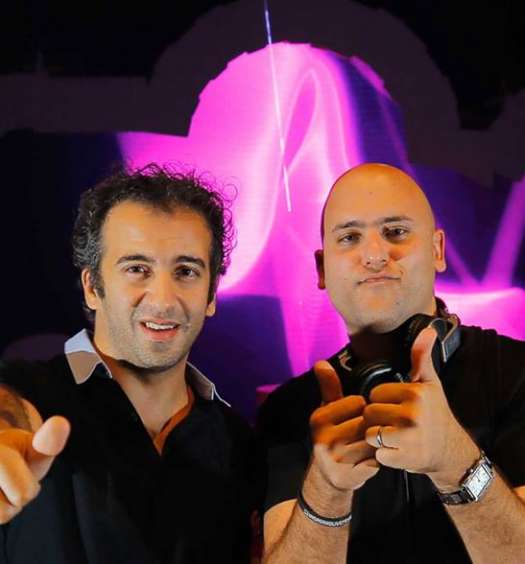 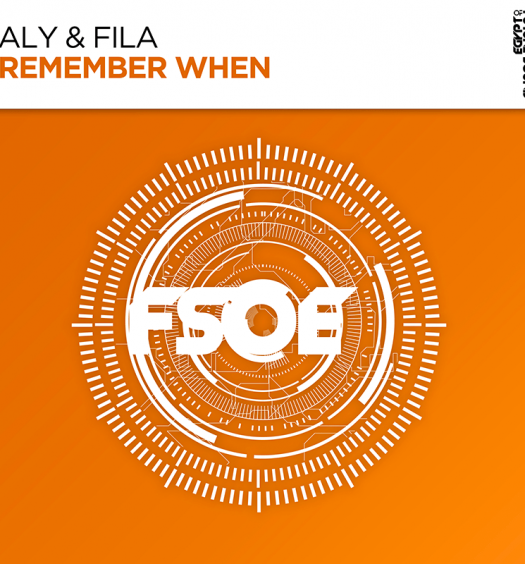